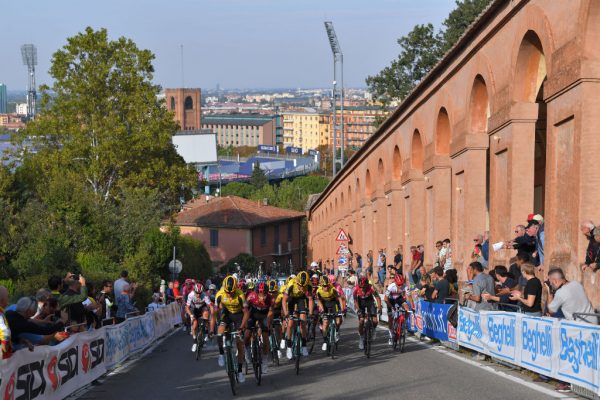 This is a shortened version of the under-rated Italian classic, Giro dell’ Emilia, which for the professional men is a 200 km road race ending with a brutal 5 ascents of the steep San Luca climb in Bologna, a climb made even more famous as the highlight of the opening time trial in the 2019 Giro d’Italia. The real life climb follows the 2 km long piazza to the Sanctuary of the Madonna, with gradients up to 18%, in the “Marco Pantani Corner”, 900 meters from the base. From there it’s serious crunch-time, until the most sever grades relent 600 meters from the top. This version is mercifully shorter, but still a challenge: 50 km starting with 1.7 laps of a circuit around Pianoro, south of Bologna. A roundabout marks the northernmost extend of that loop: the first time you exit at 270 degrees to remain in the circuit, and the second time at 180 degrees, to the continue north. 8.2 km further, a sharp left means you’re only 1.6 km from the San Luca climb. The 2 km climb itself is hard enough, but there’s an under-rated 700 meter climb following which shouldn’t be ignored, and then the twisting descent back to Bologna, including one particularly sharp left not long after that second peak. When you finally make the sharp left back onto the flatter streets of urban Bologna, there’s only a few hundred meters of flat before the second and final climb to the Sanctuary. From the top, it’s only 100 meters to the finish banner (which is perhaps 20 meters earlier than the actual finish, but these things are hard to get perfect in RGT).
© OpenStreetMap contributors
Download file: GirodellEmiliaRGT_v2.gpx 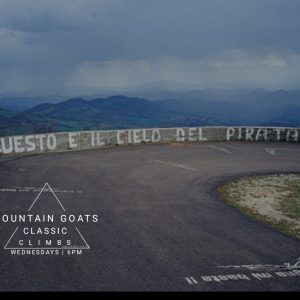 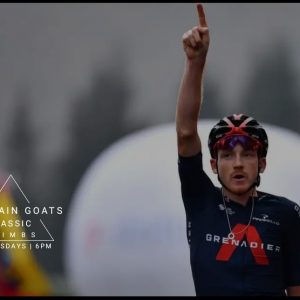