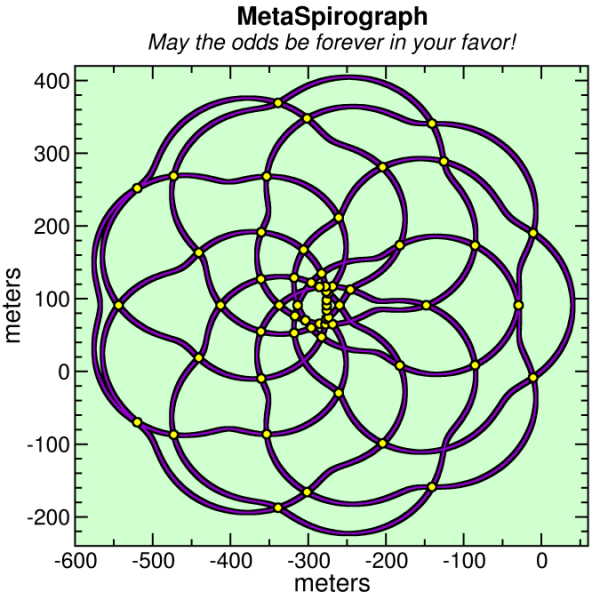 This route was generated with epitrochoid (“Spirograph”) equations, but then the position was additionally perturbed with a circular orbit to make what might be called a “metaspirograph”. The result is a route which tends to turn left, with occasional rights, heading towards the displaced center of the pattern eight times per 9.6 km lap. The center is 7 meters higher than the perimeter, on a mini, rounded butte, so there’s a bit of short, punchy climbing along the way, but nothing enough to give climbers the advantage. An obvious feature is the many intersections, which could get “interesting” if riders don’t stay tight. Make sure to pay attention to the distance remaining, because with the constant turning, the finish appears fairly suddenly.
© OpenStreetMap contributors
Download file: spirograph2_v2.gpx 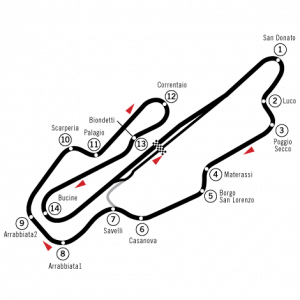