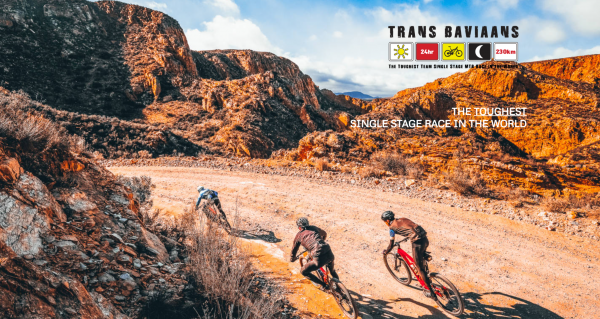 As one of South Africa’s premier mountain biking events, this mountain bike marathon creates the perfect combination of extremely challenging cycling amongst spectacular scenery through exquisite mountain ranges, right into the heart of the magnificent Baviaanskloof Wilderness Area, all in a team format. Since its start in 2004 it has been growing annually, deserving its place on many mountain bikers’ wish list. This initiative started on a family holiday in the Baviaanskloof. Being a family of mountain bikers, and wanting to share the Baviaanskloof experience, they decided that what better way than having a mountain bike race. It took them seven years to finalise the concept of how to go about such an event – one that captures not only the essence of the Baviaanskloof, but also to be a true test of endurance and a unique challenge. This event had the title as the ‘longest single stage team MTB event’ in the world for six years, and emphasized that the focus lay on whether the route is rideable, unique, enjoyable and most of all achievable. Because this is a team event, consisting of 2, 3 or 4 cyclists per team, the concept is very different to that of an ordinary MTB race. The event is also unique as the entire route is unmarked and tests the orientation skills of each rider. This ensures teamwork amongst everyone and brings out a camaraderie, making it an unforgettable experience. Teams have to check in and out at the checkpoints strategically placed on route, so their whereabouts can be traced. The late start (10:00) forces all the riders (even the frontrunners) to use lights for night time riding, for some this will be a much larger portion of their ride than for others – truly a test of character and endurance. With a great race, comes great rewards! Due to the night time finish the first 10 teams home are greeted with the firing of a rocket. Every team that finishes receives a commemorative medal which completes a puzzle that fits into a shield after the completion of five events – motivating riders to complete the Trans Baviaans at least five times. The distance of 230 km from Willowmore to Jeffrey’s Bay must be completed in 24 hours to qualify for a medal. So you think you have what it takes to conquer the Trans Baviaans? This is an event not to be taken lightly. However, with a well-planned approach, a fully charged night-light, good orientation skills, and loads of energy, it’s a very achievable challenge that will definitely transform you into the ultimate mountain biker!
© OpenStreetMap contributors
Download file: Trans-Baviaans-2.gpx

Be the first to review “TransBaviaans MTB Part 2” Cancel reply 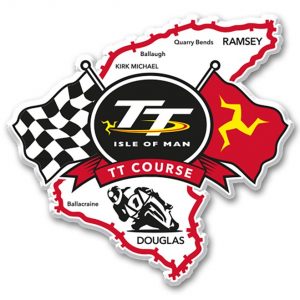